It amazes me how intensely people debate on social media and how willing people are to berate friends over status updates and comments. But that’s what our society has become. People can easily hide behind their profiles and argue to the death without having to face their opponents – who may actually be their close friends. And gone are the days of sharing something without hearing an alternate opinion or even pissing someone off.

I was aware of all of this when I recently shared an article on Facebook, and I knowingly opened myself up to opinions and even ridicule by posting it. That doesn’t mean I wasn’t shocked by the level of attention (mostly negative) that it got.

Two weeks ago, a United Airlines passenger was yanked off a full flight that was preparing for takeoff to Louisville, Kentucky. He was the fourth of four passengers who were (mostly) randomly selected among the economy class to disembark and take the next day’s flight to accommodate four flight crew who needed to get to the destination to make a flight they were scheduled to work.

At face value it doesn’t seem right that paying customers were bumped to make room for staff, but ensuring these crew members arrived to the flight destination on time meant avoiding a potential chain reaction of delayed or even cancelled flights – and, thus, hundreds of inconvenienced, pissed off passengers.

I don’t know the procedure for when flight crew call in sick and can’t make it to work. But again, at face value, four fewer people for the connecting flight meant it wasn’t going anywhere.

So, back to the passenger.

When his unlucky seat number was chosen to take the next day’s flight, he decided he wasn’t moving. So much that a federal officer had to board the flight and remove him … or “reaccommodate” him as United CEO Oscar Munoz put it.

What happened at this point is what caused a social media uproar and frenzy of debates.

Because the passenger vehemently refused to leave his seat, holding tightly to his seat and screaming, the officer “had” – I put had in quotes because I don’t know enough about the law to know if that was standard protocol – to remove him. The passenger hadn’t committed a crime, but the situation quickly escalated to one that didn’t appear too different from someone resisting arrest. 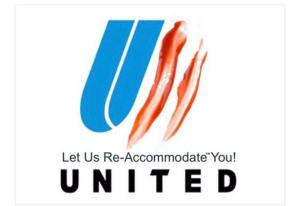 In one of my comments of the many that populated my Facebook post, I likened his behavior to that of a toddler midtantrum, kicking and screaming. I immediately got called out for that. No, I guess I can’t confirm that he was kicking, but he was definitely screaming and resisting with all his might. It is this resistance that made it difficult for the officer to remove him and, ultimately, a contributing factor to his severe injury.

As he resisted and the officer pulled, the passenger ended up falling face-first into the armrest of the seat across the aisle. I think he broke his nose and lost some teeth in the fall.

Because this incident was captured on film, it immediately became a case study for social media mavens and novices alike to dissect. The majority were appalled by United’s behavior – understandably – but there were a decent number of people who demanded the law enforcement agency take some responsibility and an even smaller number who had opinions about the man’s behavior.

Without much to form an opinion on beyond the smartphone videos and initial reports – keep in mind that is all anyone not on the flight had to work with – I placed myself in all three of those aforementioned groups. And in that order as I slowly collected my thoughts on the shocking event.

First: Holy shit, is that how overbookings are handled?! I never want to fly United if that’s how they treat paying customers.

Second: Oh, that officer isn’t a United employee? So who’s crazy directive was he following to engage in such violent measures?

Third: Sure, getting bumped to a much later flight really sucks, but is that appropriate behavior for a grown-ass adult?

Everyone seemed to be shying away from that third point.

I couldn’t help but think about what I would do in this situation. Sure, I would be pissed, maybe throw some verbiage at the United agents, maybe shed a tear. Ok, probably both… in that order… and lots of tears. And United’s 1-800 number would probably hear a lot from me until I received what I considered to be reasonable remuneration for my inconvenience – and that’s after they accommodated me overnight and then on the next available flight.

But what I would also do is stand up and walk myself off the plane because that’s what a federal officer has asked me to do. Sure, I don’t mind breaking the law to stick it to a behemoth corporation (e.g. trying to sneak into Disney World as a late teen in defiance of its outrageous prices). But in a situation of this magnitude and that affects a large number of people, I’m going to obey the law – even if I’m not in the wrong.

I get it, the law is absurd. Actually, what is the law even? And to be honest, sometimes there isn’t even a law being enforced, as we’ve seen unfortunately in numerous recent police brutality cases. 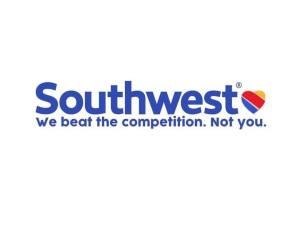 But if a government officer with a badge and a gun is asking me to disembark the plane, I’m going to do it – just like this man and his family did when they found themselves in a similar situation with Delta shortly after the United incident. He stood his ground, stated his rights, complained, reminded the airline he had purchased the seat, even threw out some curse words, but ultimately he decided to get off the plane – and his wife seconded that decision.

Yes, it’s super shitty that airlines are allowed to overbook and then kick paying customers off. It’s even shittier that they can treat these customers like crap. It’s maddening that these companies get away with it and are rarely held accountable – just for an extra buck to pad their billions.

On a greater level, this is so wrong. And on a smaller level, in the Boeing 737 that was leaving Chicago that day, it was so wrong.

While I by no means think this man deserved the brutality he received – even though some of my friends seem to think I do merely because I posted an opinion that wasn’t aligned with the sympathetic majority – he’s earned the award for best dramatic performance in my book. And a gazillion dollars in an out-of-court settlement with United.