It’s been a full week since I started sleeping here and a full work week of “commuting”, which now consists of waking up at 8ish and walking or biking six blocks to work. I’m very torn about the move because I’m really sad to leave the county I’ve called home for the past 4.5 years and the awesome living situation I ended on. But at the same time, I’m very excited to explore the city I’ll be calling home. I haven’t had a chance to do much exploring yet, but I have learned quite a bit and made numerous important observations. 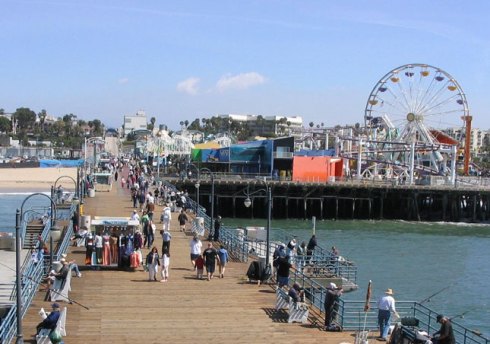 The parking situation is ridiculous. That very fact is half responsible for why I moved up here. Aside from the paid garages, finding a street spot requires a significant amount of circling. Back when I was commuting, I’d be excited about getting up to the city in record time, just to find myself eventually pissed off because I can’t find a spot in less than 30 minutes. Aside from the large number of people living in the downtown area in the condo and apartment complexes that are stacked one on top of another, the big reason for the impossible parking is all the restrictions. I swear, each post has about five signs on it, each with a different  restriction: 2 hour parking only, no parking after 6pm, no parking between 12pm and 2pm on Tuesday, no parking if you have a white Nissan Altima.

Now that I’m living up here, I have a resident pass, so that helps. But I do have to move my car on Tuesday and Wednesday for street cleaning. My car gets to relax most of the week, so moving it isn’t that big of a deal. But what does get annoying is the one or two times a week I venture outside the city and come back late at night – or even just after 6pm – to find zero parking near my house. So not only am I circling and circling just to park near my place of residence, but I’m circling late at night and then walking home a significant distance in the dark, alone.

Maybe I’m just spoiled from the parking situations that got progressively better at each of my places in Orange County: permit parking with spots right outside the front door to a carport to my own spot in the garage. And I always say I want to try living in a big city, so I need to get used to it now.

Bums are ruthless. Someone once told me that Santa Monica is the ultimate bum haven and that bums throughout the state – even country! – strive to get to Santa Monica. I can actually believe this, just based on the number of bums and/or homeless people I see in the city. I don’t blame them, because the climate is awesome and you get a decent, cyclical number of people and tourists through there every day, so the likeliness of getting change or freebies is pretty high. The thing is that residents like me see and get asked by the same bums in the same place incessantly. One day, I gave a man my change before walking into Starbucks. On my way out, he asked me for money again. I’m like, “Seriously! I just gave you money! Don’t ask me again, or at least wait a day!”

Some homeless people leave me skeptical because they seem too cleaned up and put together. There’s this one man who stands on the corner with clean clothes, his shirt tucked in and his pull cart of belongings nicely arranged and secured with a bungie cord. I often wonder if some of the homeless people actually have normal lives and have found begging for change to be more prosperous than their previous jobs.

No stealing Wi-Fi. Not that this is a major concern because my roommate already has WiFi set up and will be including it in the monthly utility bill, I noticed that there aren’t many generous WiFi users that leave their connections unlocked. The number of connections available in my network finder is much higher than in Newport, but none of them are unlocked. While living in Newport, I had at least a couple unlocked networks to choose from when our WiFi was on the fritz, which seemed to be more often than not.

Biking can be dangerous. For a downtown area situated right on the beach, the city doesn’t appear to be very biker friendly. Bike paths are few and far between, at least on the streets I’ve been traveling. And people drive just as poorly here as they do in Orange County (I guess for this latter observation I need to remember that I am in California). The car lanes are narrow and there’s usually cars in the metered spots on the right-hand side, so I get really nervous when several lanes of cars are coming up behind me. Sometimes I bike on the sidewalk, but it tends to be congested with pedestrians. And I believe I heard somewhere that it’s illegal to bike on the sidewalk. I may have made that up, but I do know it’s frowned upon.

I got a scolding last week from a coworker 10 years my senior for not wearing a helmet. Yes, I realize most accidents happen close to home. He told me about how he flew over his handlebars and almost smashed his head on the curb when a car turned in front of him. Needless to say, he’s been wearing a helmet since. I have a helmet, so I’m going to start wearing it. Because even though I’m only traveling six blocks, it’s just not a bikers world up here (unless you’re on the boardwalk).

This site uses Akismet to reduce spam. Learn how your comment data is processed.